Rather brief farewell to Gus Basco, one of the leading lights at Phoenix (Little) Theatre.

Note: One of the few references I’ve found to Mr. Basco was in a Walter Winchell column from 1936, detailing his divorce from Ruth Sato, a Japanese-American chorus girl. Winchell referred to him as a “wealthy Hungarian producer.” He must have been. The ex-Mrs. Basco received a settlement of $35,000, a hefty chunk of change in those days. 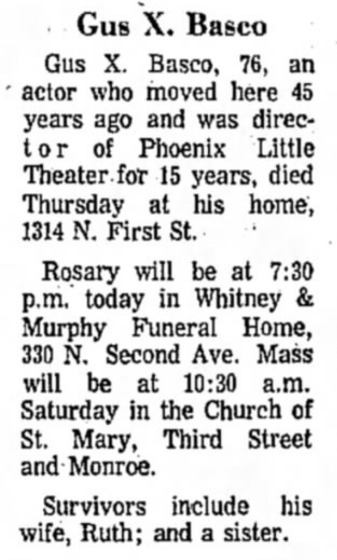