I am always going to tease Kevin McNally. I mean, how many actors do you know who are handsome enough to play a Greek god?

Kevin took on the part for Childsplay, but it’s not my favorite of his roles. That would have to be Music Guy in Phoenix Little Theatre’s altogether excellent Working. Of course, there is Jim in Pump Boys and Dinettes at the late, lamented Mill Avenue Theatre. That’s a favorite, too.

There were other roles of note. He was part of that famous cast of Damn Yankees at Musical Theatre Arizona.  He was Spencer in the world premiere of Western Star, the Dale Wasserman tuner that was directed by Michael Barnard at the Herberger Theatre Center.

I first met this remarkable man when he was a Barnstormer at the Windmill Dinner Theatre. He was as sweet-natured and charming then as he is now, and how he could sing. It wasn’t until later that I learned that he wrote and performed his own music. Why was I surprised?

Kevin is a Valley native who attended Shadow Mountain High School and Mesa Community College, where his major was music and art education.

He met Carrie Van Dyke, Dick’s daughter, at the Windmill. It was a romance out of the storybooks.  They married in May, 1983. The couple and their two children now live in Los Angeles, where he is CEO of Milestone Productions.

Hey, most actors have day jobs. Why not be the boss?

EVERYBODY LOVED THE BARNSTORMERS

Ever wondered what happened to former Barnstormers? Well, Kevin doubled for Noah Wyle for several seasons on the long-running TV series, “ER.” 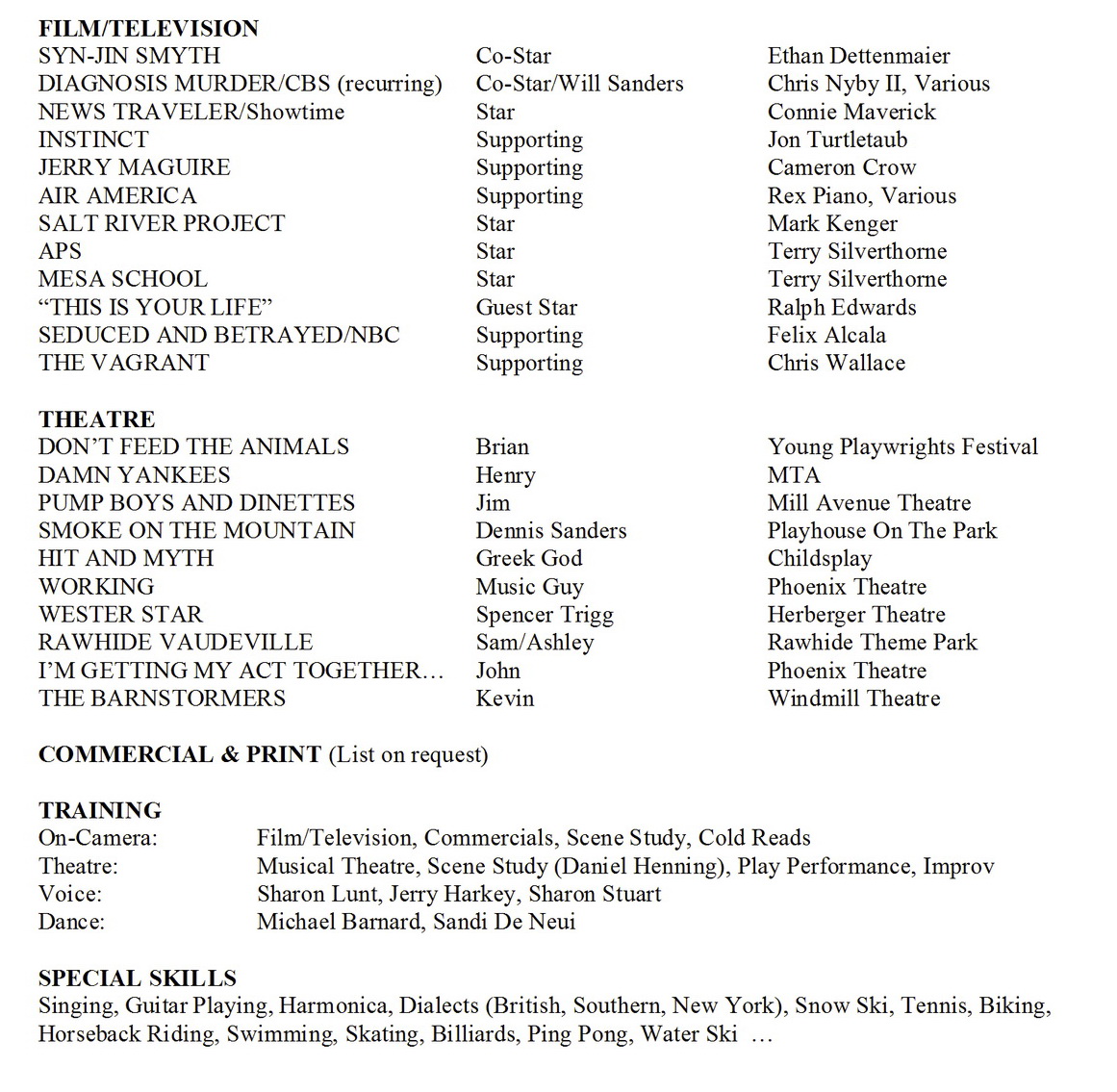