In the late ’70s, most of the theater in the Valley was produced by community troupes. There were community theaters in Glendale, Mesa, Scottsdale, Tempe, Cave Creek/Carefree and North Phoenix. Soon, Fountain Hills would have one. There were a group of actors, many of them with professional training, who worked for these companies. One of the best was Dave Thompson, whom I interviewed for the Scottsdale Progress.

Clipping from the Nov. 11, 1977 edition of The Scottsdale Daily Progress. 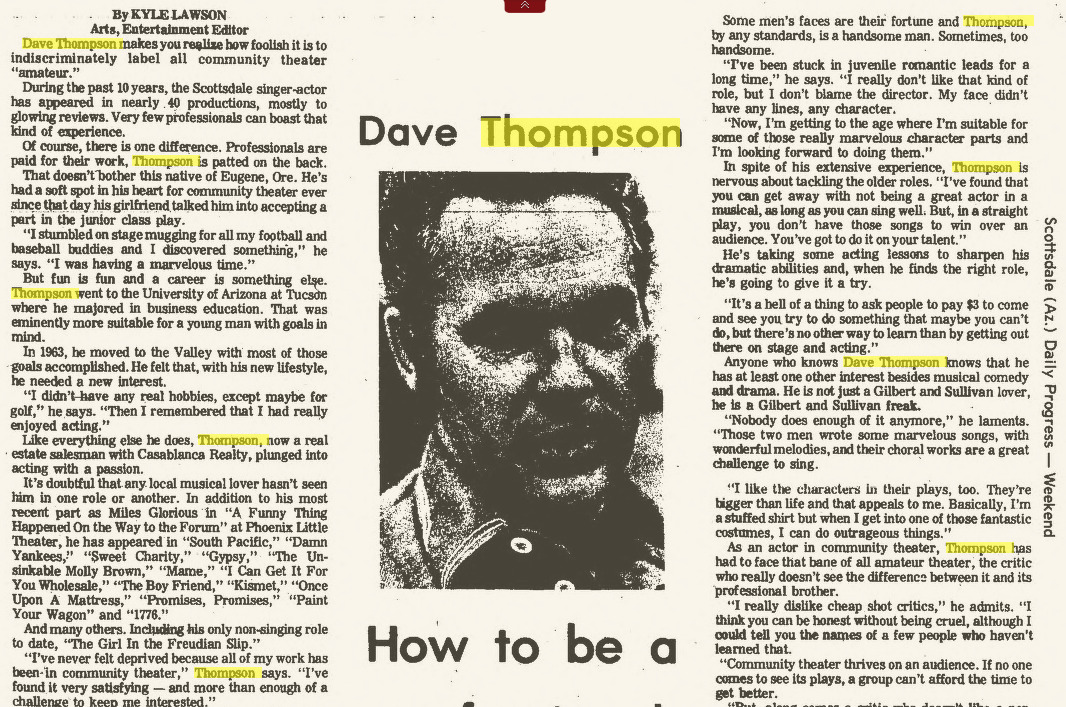 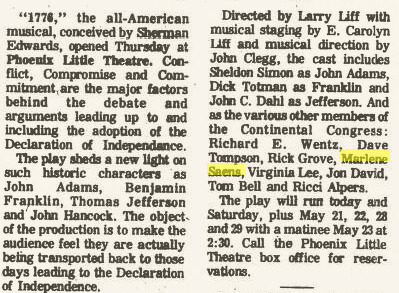 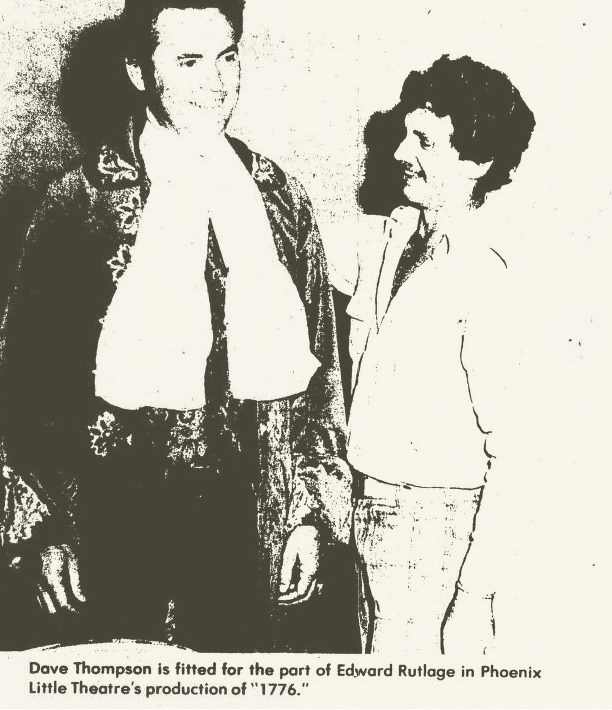