Richard Alexander was a handsome young actor with several Valley companies during the 1960s and 1970, most notably as the sailor in Actors Inner Circle’s 1968 production of The Rose Tattoo. He also appeared on television, including a guest role on the popular series, Route 66, and in the films, The Wraith, Campus Man, Raising Arizona, Shattered Innocence, Bill & Ted’s Excellent Adventure and Madhouse. 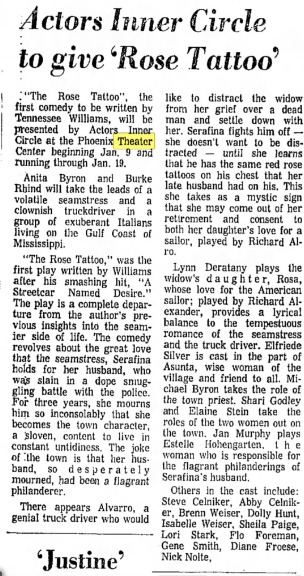 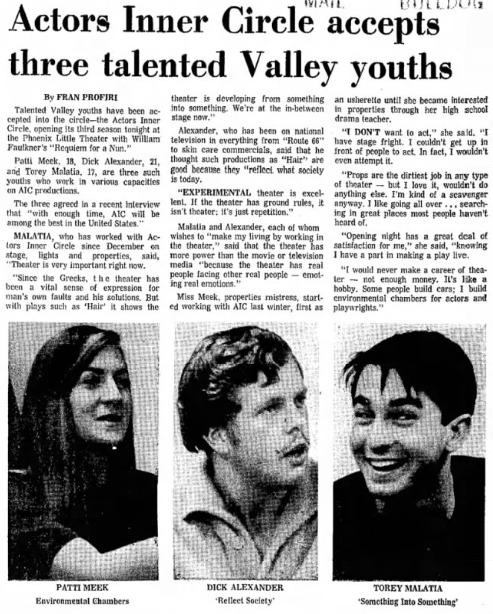