Terry Gadaire is a Phoenix actor who began with Theater in the Valley in 1993 and continues to the present. He has been nominated for seven and won four ariZoni Awards for his performances.

Prior to coming to the Valley, Terry lived in Las Vegas, where he also performed as an actor.

The ensemble for this show is hard working with them all contributing plenty of dancing and vocals, with most of them playing multiple characters as well. Terry Gadaire, who excelled as the “Emcee” in Desert Stage’s Cabaret two months back, perfectly and humorously creates several very different characters with just a change of wig and costume, the addition of facial hair and invoking a new accent.

Having made a great impression as Henry Higgins in the recent Phoenix Symphony Orchestra/Phoenix Theatre concert production of My Fair Lady, Terry Gadaire is absolutely fearless as the Emcee. He commands the stage, draws attention and has a booming voice that he uses to great effect for his many songs. His take on the Emcee’s upbeat songs are flawless, while his interpretation of the ballad “I Don’t Care Much” is emotional and stunning, as is his final scene in the show.

YOU TUBE LOOKS AT ‘MEMPHIS’ 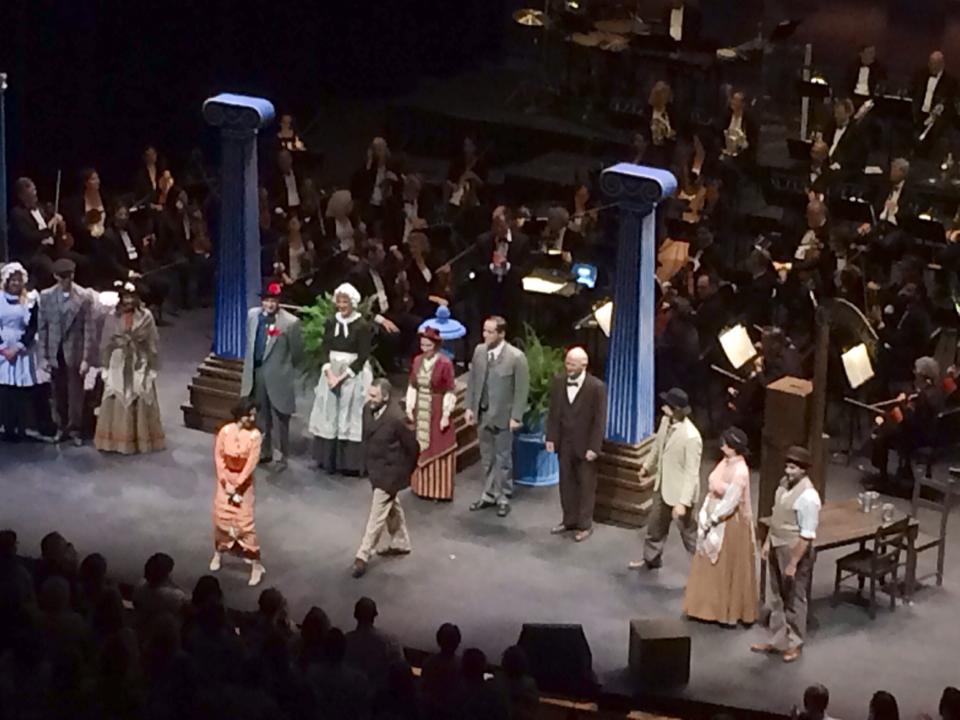