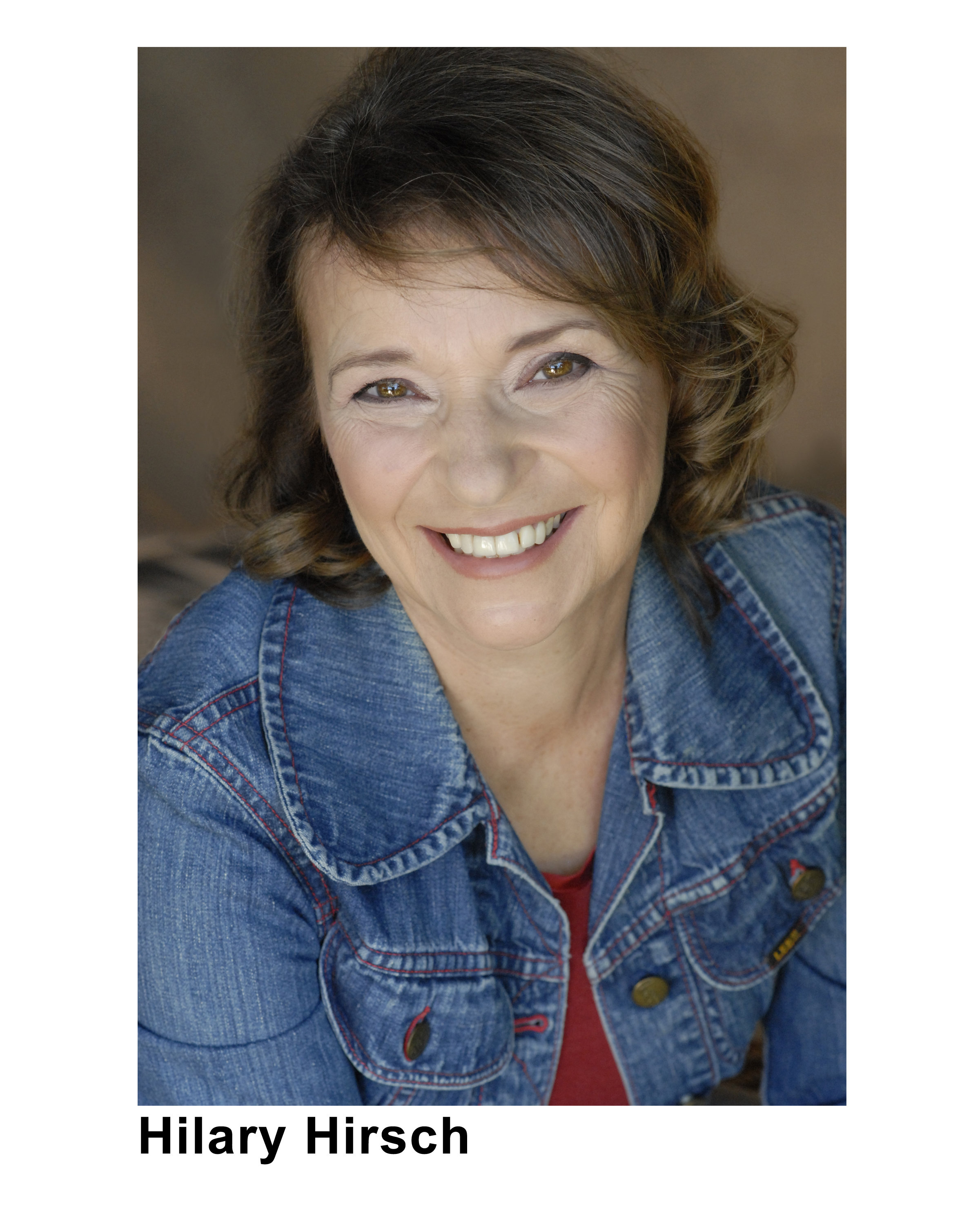 My first job here was as entertainment editor at the Scottsdale Daily Progress. The publisher was Jonathan Marshall, who also was one of the greatest supporters of the arts the Valley has known.

When Scottsdale Community Players, hearing that I had been schooled as a director, approached me to helm the troupe’s 1978 production of Brigadoon, Mr. Marshall not only gave his permission, he actively encouraged me to take on the task.

Enter Hilary. She was cast as Maggie, the Scottish lass who loves Harry Beaton, who, alas, loves another woman in their village. Maggie has one of the musical’s show-stopping numbers – the dance she performs at Harry’s funeral.  The original choreographer, Agnes deMille, considered it to be her finest piece of work for the production. Need I say that Hilary brought audiences to their feet and tears to their eyes.

Brigadoon was the first and only time that I directed in the Valley.  After that, I became a critic and it would have been a conflict of interest. That didn’t keep an admiration society from forming between me and Tink, as Hilary is known to her friends. I have been privileged to witness her brilliant performances as an actress, dancer and choreographer.

But, in my heart, she will always be Maggie, who broke my heart in every rehearsal with her poignant dancing. First impressions, like first loves, are hard to shake.

I just finished a seven-week run at The Hale Centre Theatre in Oklahoma! as Aunt Eller. It was my third time being cast as that wonderful lady. I did more research about her this time. I know there was a lot more depth to her this time around and I continued to discover new things in almost all 34 performances! She is such a fun lady to get inside of. But I have also discovered things about myself: I hide in the spot light, I hide in the characters I am cast in. I don’t like being “me” on stage. Do you find that is something other actors do? Oh, I do so love theater.
I say a little prayer before I go on stage, it goes something like this: “Thank you for giving me my life and health so that I can take the people (audience) away from their daily worries and troubles and entertain them for a few hours. Thank you for the journey.” There is more, but that’s the crux of it. The rehearsal period is for me and the performance is for the audience and for me.
PHOTOGRAPHS, REVIEWS & THE KITCHEN SINK
2014. “Oklahoma!” Hale Centre Theatre.
2011. “The Dixie Swim Club.” Fountain Hills Theatre. 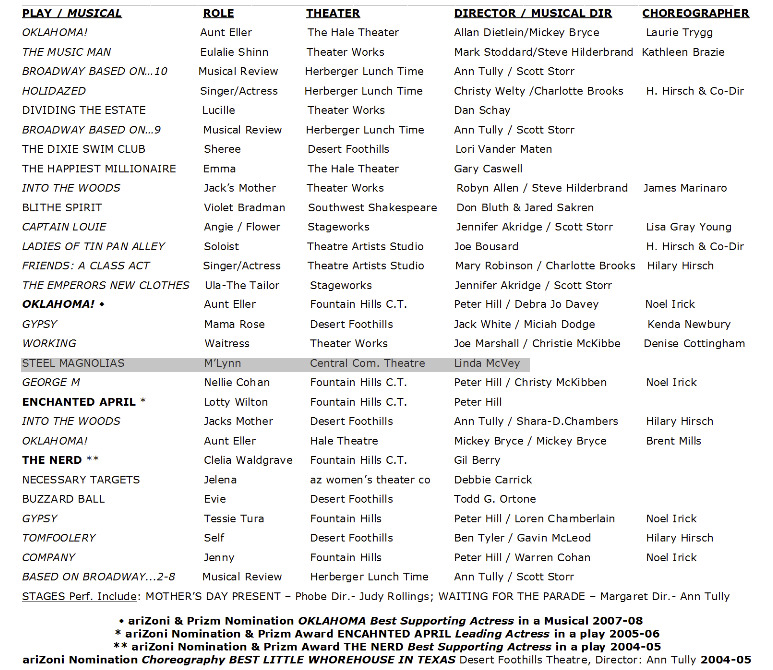