She was beautiful, she was gifted, she was versatile. In the  late 1950s, ’60s and ’70s, Jackie Qualman went from playing the showgirl loved by a rodeo cowboy in William Inge’s Bus Stop to Ophelia in Shakespeare’s Hamlet without fluttering one of those long eyelashes which were stars in their own right.

And when she wasn’t emoting, Jackie often turned her hand to other tasks, including stage managing Phoenix Little Theatre’s production of The Caine Mutiny Court Martial. 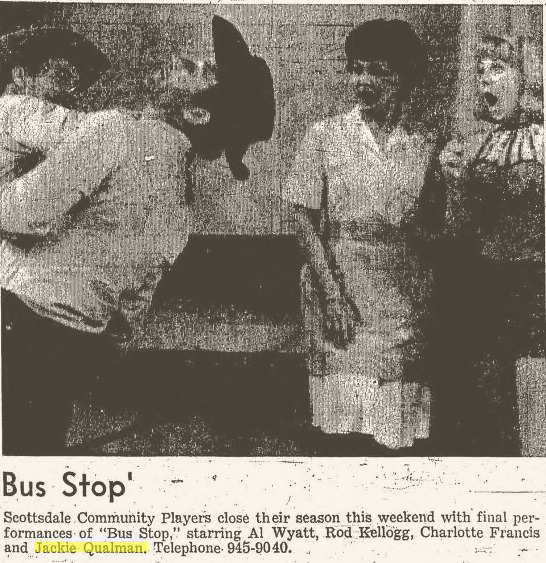 Jackie played Iras, the Queen’s handmaiden, in what many consider one of the best Shakespeare productions done at PLT. 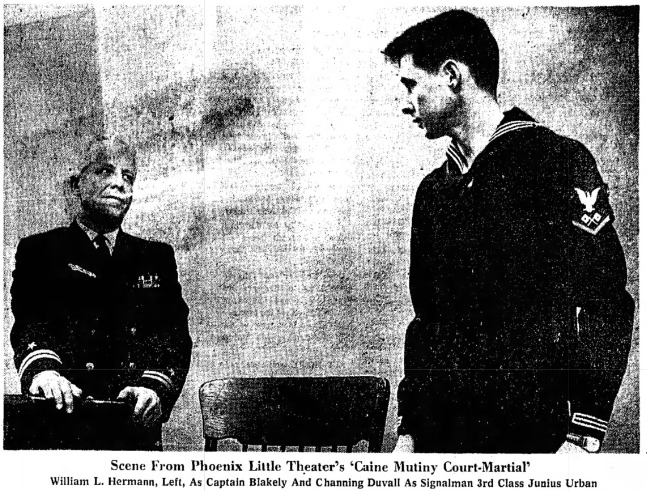 Robert Begam was Tom, Fay Bullock was Amanda, Jackie Qualman was Laura and Hal Chidnoff was the Gentleman Caller is this well-received production of the Tennessee William’s classic. Bob’s wife, Helen, was assistant director for Joseph Caruso.