Scroll down for history of the theater and comments by artistic director Peter Hill. 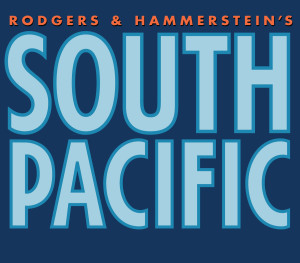 Fountain Hills Theater has been part of the community since before it was a town.

Established in 1986, FHT produced two to three shows a year at McDowell Mountain School. In 1995, the company moved into the original Fountain Hills library and expanded the season line-up to five to shows a year and started many of the education programs that have become so popular.

In 2003, the company expanded to the old community center for the main stage shows and used the original building as a dedicated youth theater and business office.

The theater now produces 16-17 shows a year. Over the years, FHT has maintained productive relationships with and performed for service clubs, businesses, schools (career days, in class reenactments, equipment and costume sharing), the chamber of commerce (2007 Non Profit of the year, 1st promotional video done for business growth) and the town.

Peter Hill, the company’s artistic director, says town support has been invaluable, as has the support of many individuals, clubs, businesses and foundations.

“The passion and commitment to this theater and the arts in general has been shared over the years by a theater family of employees, volunteers technicians, designers, directors, students and patrons,” he says.

The theater had earned more than 150 AriZoni awards of excellence and garnered more nominations that it can count,  Peter says.

Youth shows, including YABOY in partnership with another organization.

Beyond the Storybook, a traveling group of self motivated kids.

Summer camp opportunities for varied ages including the popular five-week teen camp that includes a trip to New York City.

Board of Director opportunities,

WHATS IN THE FUTURE?

FHT was built on dreams, passion and faith, Peter says.

“We believe that the performing arts are here to stay and it is our job to nurture and train the next generation of theater goers and participants, as well as entertain the current patrons.

“We dream of a performing arts facility in town where we can really spread our wings and provide a magical place for generations to come.

“We dream of enough financial stability where every time an insurance bill comes in we aren’t playing catch up.

“For 28 years we have made these dreams come true and with the continued support that this community has shown to us as an important part of the quality of life in FH, we will endure, dream and continue to get better.”