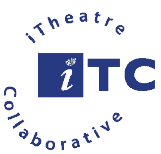 iTheatre Collaborative is one of the Valley’s youngest and most exciting theater companies. Though, like most small troupes, it must make do with limited resources, the company’s work is good and, at time, superlative. It is criminal that more people don’t go to see it.

A member of Actor’s Equity Association,  Christopher Haines is a theater veteran with over twenty years of experience as an actor, stage manager, writer, director and designer. He graduated in 1991 from Duke University.

Some of Christopher’s stage work includes: as an actor, the title roles in The Collected Works of Billy the Kid and Danton’s Death, Ralph in Frozen, Orson Welles in Orson’s Shadow, the Librarian in Underneath the Lintel, the Third Man/Doctor in Baltimore Waltz, Prospero in The Tempest, Vladimir in Waiting for Godot, Alan Seymour in Picnic, Vernon Gersch in They’re Playing Our Song and Mr. Rich in Celebration. He has directed such productions as Deathwatch; Dogg’s Hamlet/Cahoots Macbeth; The Congresswomen; Cat’s Paw; Molly Sweeney; The Fish Must Die and Carolina on Our Minds.

As a designer his work includes: Topdog/Underdog; A Raisin in the Sun; Gunplay; Peter Pan and Wendy; Wizard of Oz; The Colored Museum; The House of Bernarda Alba and Horn in the West, a 1,500-seat outdoor amphitheater in Boone, N.C.

In 1994, Christopher collaborated with the internationally acclaimed director, Lee Breuer, on his project, Wrath of Kali, as the Director of Videography, both in its debut in Phoenix and in New York. Other design work in video and photography includes; the Daniel Lentz Group’s A Crack in the Bell, such plays as Jack; Reel to Real; Romeo and Juliet; Sweet Thunder and Don’t Bother Me, I Can’t Cope. He also has served as the Director of Photography on the feature films, Wake of the Hero and Means of Escape.

Rosemary Close has been involved in theater in the Valley for over twenty years. Her work dates back as far as the Arizona Contemporary Theater Company, Northwest Studios and the Glendale Little Theater to name a few oldies.

Her onstage credits include; Frozen; Harvey; Chapter Two; Barefoot in the Park; Cabaret, The Balcony; The Way We Live Now; Royal Gambit; Loves Scenes from Romeo and Juliet; Reel to Real; The Collected Works of Billy the Kid; The Maids and Skimpies.

In 1991, Rosemary began her longtime association with the New York theater company, Mabou Mines. She appeared in numerous productions with that company both in Phoenix and New York. The highlight of her work with Mabou Mines was a leading role in the multimedia stage production, Wrath of Kali, directed by the award winning and acclaimed Lee Breuer.

THE THEATER IN ITS OWN WORDS

“iTheatre Collaborative was borne on the idea that live theater is an opportunity to affect, almost viscerally, both audience and artist. We have electrified audiences with work that was distinctive and divergent. The most common comment we receive regarding our work from patrons is, ‘After the show, I don’t want to leave. I want to talk about what I just saw.’

In our first season we presented the regional premiere of a play called Bee-Luther-Hatchee by Thomas Gibbons. It was a play that confronted the audience with issues of race, identity and cultural ownership. To this day, patrons still want to talk about that show. They still remember it, and are still thinking about its messages. That is what iTC is about.

The work of iTheatre has garnered rave reviews, critical and popular acclaim, as well as national attention. We have produced numerous regional and world premieres. iTC is committed to utilizing and employing the artistic talent of local, Phoenix-area actors, directors and designers.

Nationally, iTheatre has been sought out to perform its work at such national festivals and conferences as; the National Black Theatre Festival in Winston-Salem, NC, the Black Arts Movement Festival in Austin, TX, and the Last Frontier Theater Conference in Valdez, Alaska.

Recently, a theater critic described iTheatre like this, ‘You can’t call iTheatre Collaborative an alternative company, but rather an eclectic collective.’ Time and again, we have produced work that is both challenging and thought provoking to our audiences.

Some of our most notable productions were: the world premiere of August in April: a Tribute to August Wilson’s Life and Legacy; the Southwest regional premieres of TopDog/ Underdog, Bee-Luther-Hatchee and Underneath the Lintel; the AIDS plays Lonely Planet and The Baltimore Waltz; and the Absurdist plays like The Maids, Gallows Humor and Oh Dad, Poor Dad, Mama’s Hung You in the Closet and I’m Feeling So Sad.” 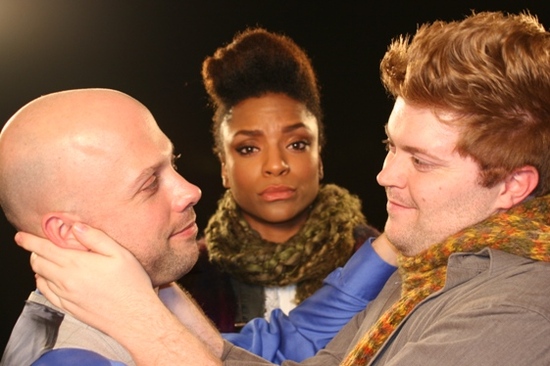 Due to a casting issue, we are postponing our upcoming production of “By the Way, Meet Vera Stark” by Lynn Nottage scheduled to run March 7-22 on the Kax Stage. There was one role we were just not able to cast, but, hopefully, over the summer we can get it done. We plan to open next season with Vera Stark because we think you really should meet her.

But never fear, we are replacing it with a new award-winning play called The Submission by Jeff Talbott. It is a searing, no-holds barred comedy/drama that you should find quite controversial and, dare I say it, thought-provoking. In short, the kind of play you have come to expect from iTheatre Collaborative.

Jeff Talbott has written five full-length plays and two one-acts. He graduated with honors from the Yale School of Drama. His play “The Submission” was the inaugural recipient of the Laurents/Hatcher Award in 2011 and was produced off-Broadway by MCC Theater, directed by Walter Bobbie. It also received the Outer Critics Circle John Gassner Award for New American Play in 2012. The play is published by Samuel French, was a semi-finalist for the 2010 O’Neill Playwrights Conference, and was in the final round of consideration for the 2010 New Play Summit at the Denver Center. He is also the co-author of Critical Moment (with Stephen Kunken), which was a semi-finalist for the New Play Festival at Denver Center Theatre, and a section of which was a finalist for the Heideman Award for best 10-minute play at the Humana Festival at Actors Theatre of Louisville. His one-acts For Nate and Molly and Tender were both given world premiere productions by the Yale Cabaret.

What the critics have said:

“‘The Submission’ is a raw, unsentimental play about race and gender that exposes the quiet prejudice and intolerance among even our most progressive thinkers. It is both uncomfortable and impossible to not watch. . . . As for Talbott, it’s a pleasure to see what he’s capable of.” – Associated Press

“Fearless, whip-smart, and hyperarticulate, Talbott’s incendiary political comedy-drama asks hard questions about our supposedly post-racial world. . . . ‘The Submission’ is an important play. It makes you stop and think.” – Backstage