Phoenix Musical Theater, which evolved from the Phoenix Civic Light Opera Company, and its hard-working guild were major influences on Valley theater in the 1960s and ’70s. Not only did the company produce critically acclaimed, sold-out productions, but the guild raised money for dozens of scholarships.

That good deed garnered it almost as much attention as its productions. (For more information on the Guild’s good works, scroll down to the Oct. 11, 1967 On Stage column by the Arizona Republic’s Bina Breitner.)

Note: Although the two organizations really were only connected by their choice of material, people often tell me that Musical Theatre Arizona evolved from Phoenix Musical Theater. It would be more accurate to say MTA was a successor to PMT. What is true is that they were both devoted to that great American art form, the musical comedy. No doubt about that.

2012. Dorothy Elton “Happy” Jennings-Davis died May 28, 2012. A gifted seamstress and milliner, she put her talent to good use with the Phoenix Musical Theatre Guild, making the costumes for many of its productions.

This was one of the biggest hits of the early 1970s on every level. The critics loved it. So did the public. It was a personal success for Elaine Morrow, who played the title character. Still, Barbara Walker McBain stole the show from everyone with her Gooch. Even if all we have left are the photographs, she still manages to convince you that this was one hell of a performance. Robert Sella, or Robbie as he was known then, played the young Patrick, Mame’s nephew. He went on to become one of the brightest stars on Broadway and in regional theater. Most recently he was seen in the Broadway revival of Chitty Chitty Bang Bang and the movies, Sleepy Hollow and The Astronaut’s Wife. Paul Estes was still designing sets when I arrived in the Valley. As I remember it, his work was exceptional. And I miss Gary Naylor. His choreography was always unique.

Hardy Price’s review of “Mame” in the Arizona Republic, from the collection of Barbara Walker McBain.

I don’t know if Elaine Morrow and Cecilia Allen considered themselves rivals but it seems as if one or the other was in every big musical of the 1970s. Hello, Dolly! decided to go for broke, casting both of them. Elaine played Dolly and Cecilia was Irene Molloy. Audiences must have left dazzled.

Note: In his review, Jack states: “‘Dolly’ cost director Jim Seeman his job at Phoenix Little Theatre.” No explanation, and I haven’t been able to find out anything. Hmmm. 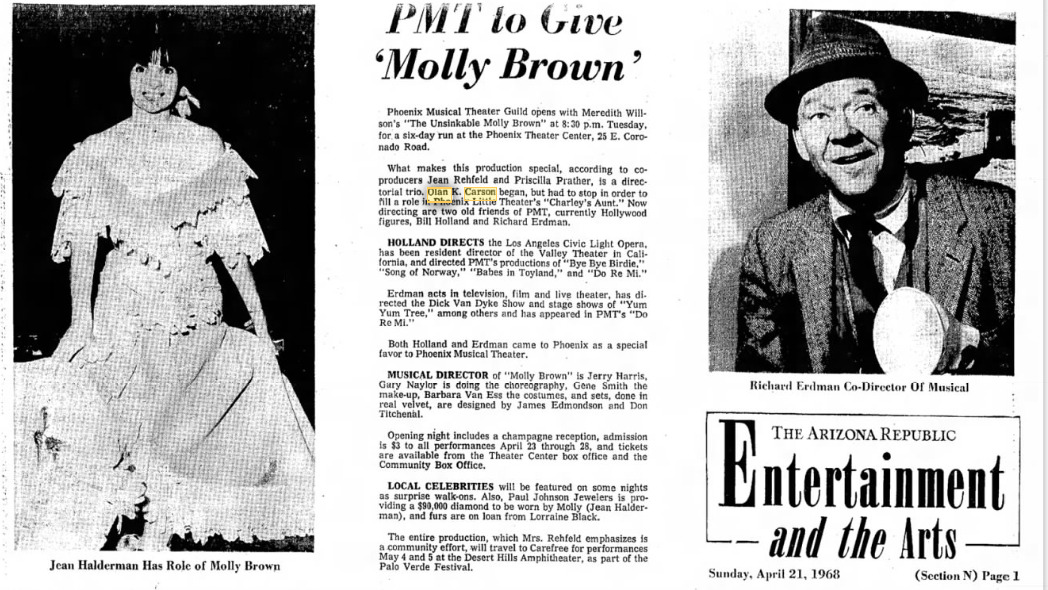 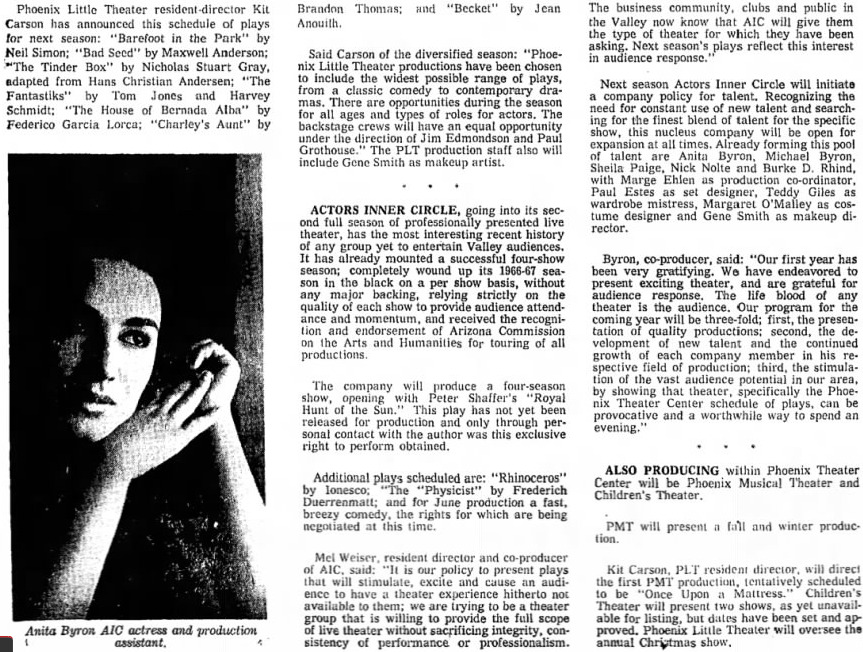 None of these names strikes my memory. As usual, the web is no help. Very few archival records exist for Valley theater, even fewer of them have been committed to digital. We do have a clipping of a review from the Phoenix Gazette. Who wrote it is a mystery, too. 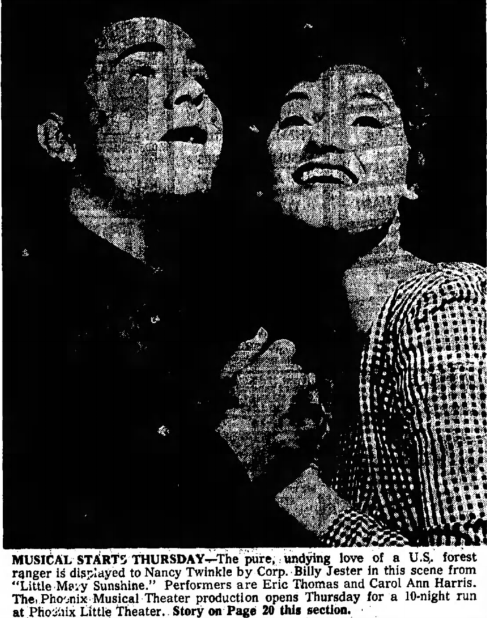 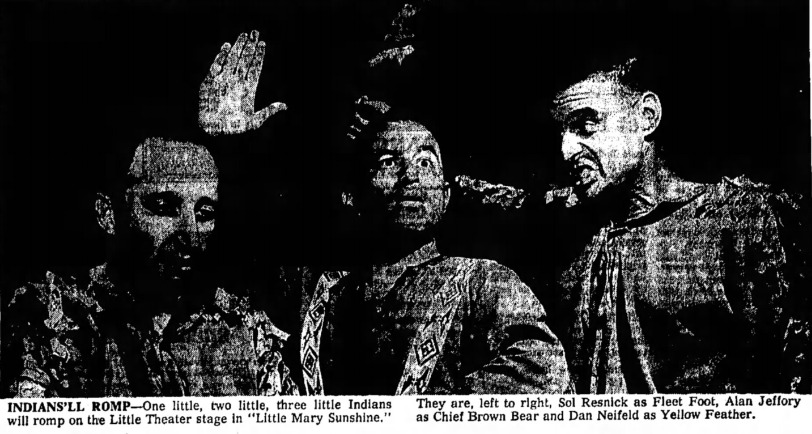 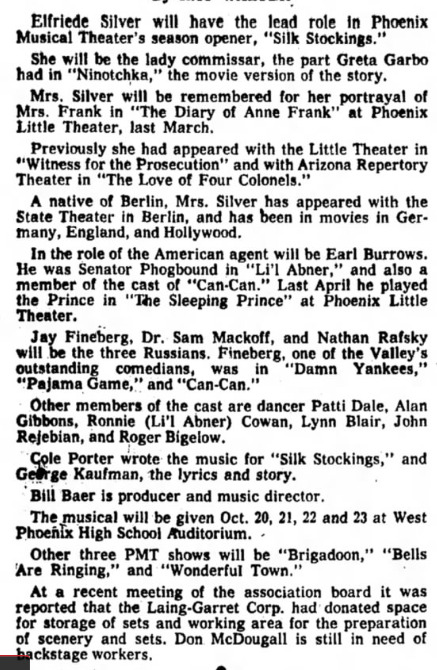 There have been a long line of sopranos who dominated Phoenix’s musical stages, dating back to Julia McCormack in the 1890s. In the 1950s, the spotlight was on Betty Moore who had the leads in the best musicals of the era. It was only natural that she would work for PMT. She earned great reviews for this one, which had her singing “I’m Not At All in Love” and other tunes from the Richard Adler-Jerry Ross score.