Time to turn up the dial! From the underground dance clubs of 1950s Memphis, Tennessee, comes a hot new musical that bursts off the stage with explosive dancing, irresistible songs and a thrilling tale of fame and forbidden love. Inspired by actual events, Memphis is about a radio DJ who wants to change the world and a club singer who is ready for her big break. Come along on their incredible journey to the ends of the airwaves — filled with laughter, soaring emotion and roof-raising rock ‘n’ roll.

See “Memphis” on You Tube

Go behind the scenes of “Memphis” on You Tube

Adriana Diaz talks about her costume designs on You Tube.

For Kerry Lengel’s review in the Arizona Republic, go
HERE

“Phoenix Theatre’s Memphis is an explosive and engaging production, just as impressive as it was on Broadway!” – Gil Benbrook, Talkin’ Broadway.

Shear Madness is unlike any other theatregoing experience! This zany whodunit mixes elements of improvisation, stand-up and farce into a tangled web of madcap comedy where YOU, the audience, help solve the crime. Set in a present day Phoenix beauty salon, Shear Madness begins when the landlady upstairs is murdered. An undercover police lieutenant Nick (Gene Ganssle) and his eager assistant Mikey (Mark Jacobson) launch an investigation and a host of wacky suspects soon emerge. Associate Artistic Director Robert Kolby Harper has assembled an all-star cast of six powerhouse comedic performers. Including Phoenix Theatre favorites Elizabeth Brownlee (Les Misérables) and Pasha Yamotahari (The 39 Steps, Boeing Boeing) this multi-talented cast promises to keep you laughing from beginning to end! Celebrating its 35th anniversary this year, it’s no wonder Shear Madness holds the Guinness record for longest running play in the history of American Theatre. With an outcome that is never the same and topical jokes and references that change almost nightly, you’ll be dying to see this show again and again!

Gene Ganssle earned his Actors Equity card in a 1977 production of Shear Madness.

The Hormel Festival of New Plays and Musicals 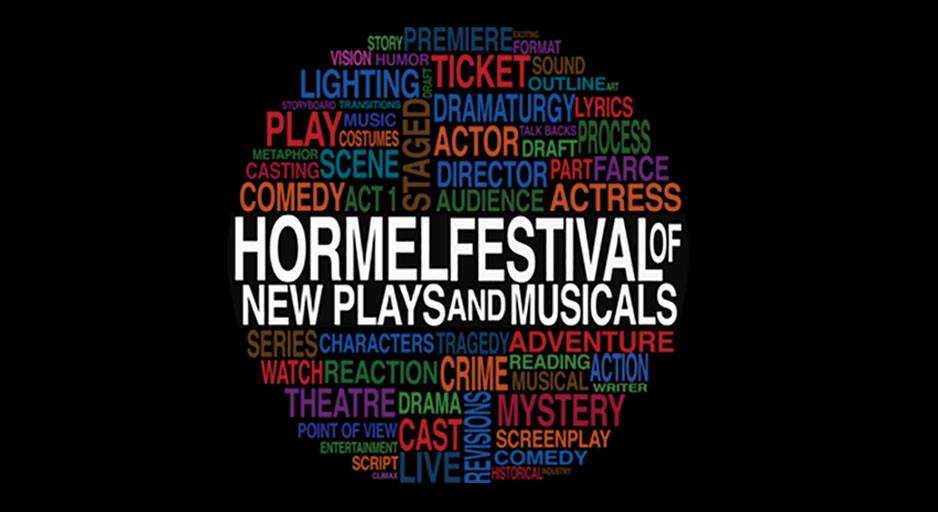 Christmas 2.0 ; The Up Side of Down; The Boob Show; Forward; and The Nearly Final Almost Posthumous Play of the Not-Quite Dead Sutton McAllister — as well as the Bending Reality: Evening of New Short Plays, The Composer/Lyricist Cabaret and the 24-Hour Theatre Project.