The Windmill was a mainstay of the American dinner theater circuit. That meant it imported stars from stage, screen and television to headline its productions.

One part of the Windmill that was wholly the Valley’s own was the Barnstormers, the legendary group of singing and dancing waitpeople who offered up a performance with every dinner.

Wait people legendary? Well, maybe you had to be there, but these talented young people, who were given time to strut their stuff as a group, were often better than the “stars” who were appearing on stage. (Occasionally, but only occasionally, the Windmill’s producers would cast one of the Barnstormers in a main stage show. They always held their own.)

This photo of the Barnstormers was taken sometime in the 1970s. Membership in the group changed over time.

The Barnstormers as they appeared in the Windmill program. 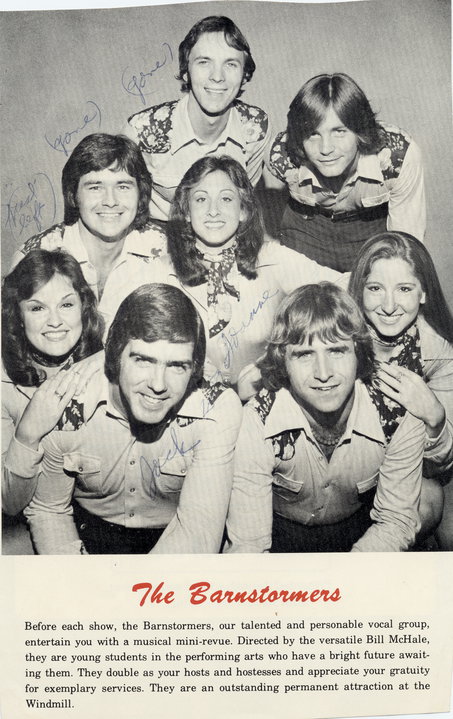 The Barnstormers in Performance

Paula and Bill in performance

Ever wondered what happened to former Barnstormers at the Windmill Dinner Theater? Well, Kevin McNally doubled for Noah Wyle for several seasons on the long-running TV series, “ER.”

Publicity 1976-1976. From the collection of Joanne Hyduck Hopkins. 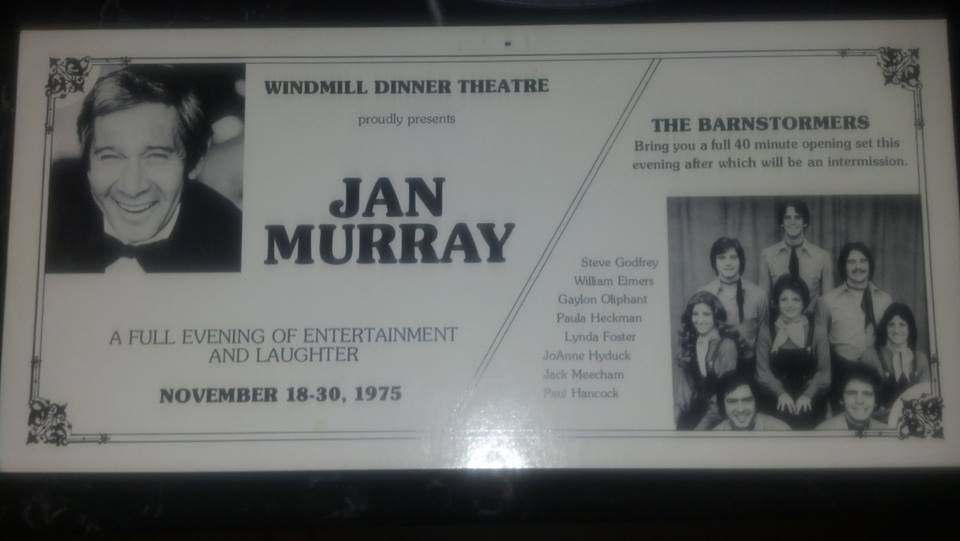 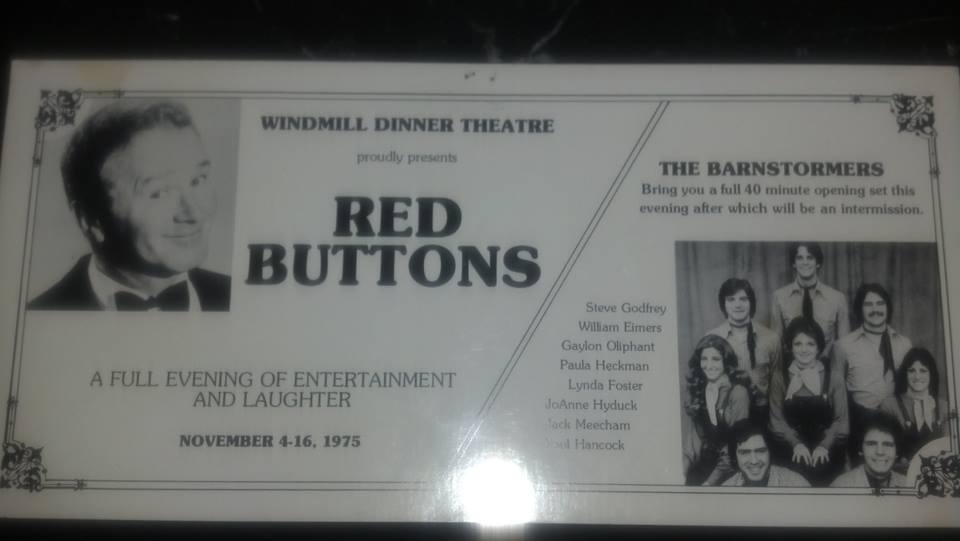 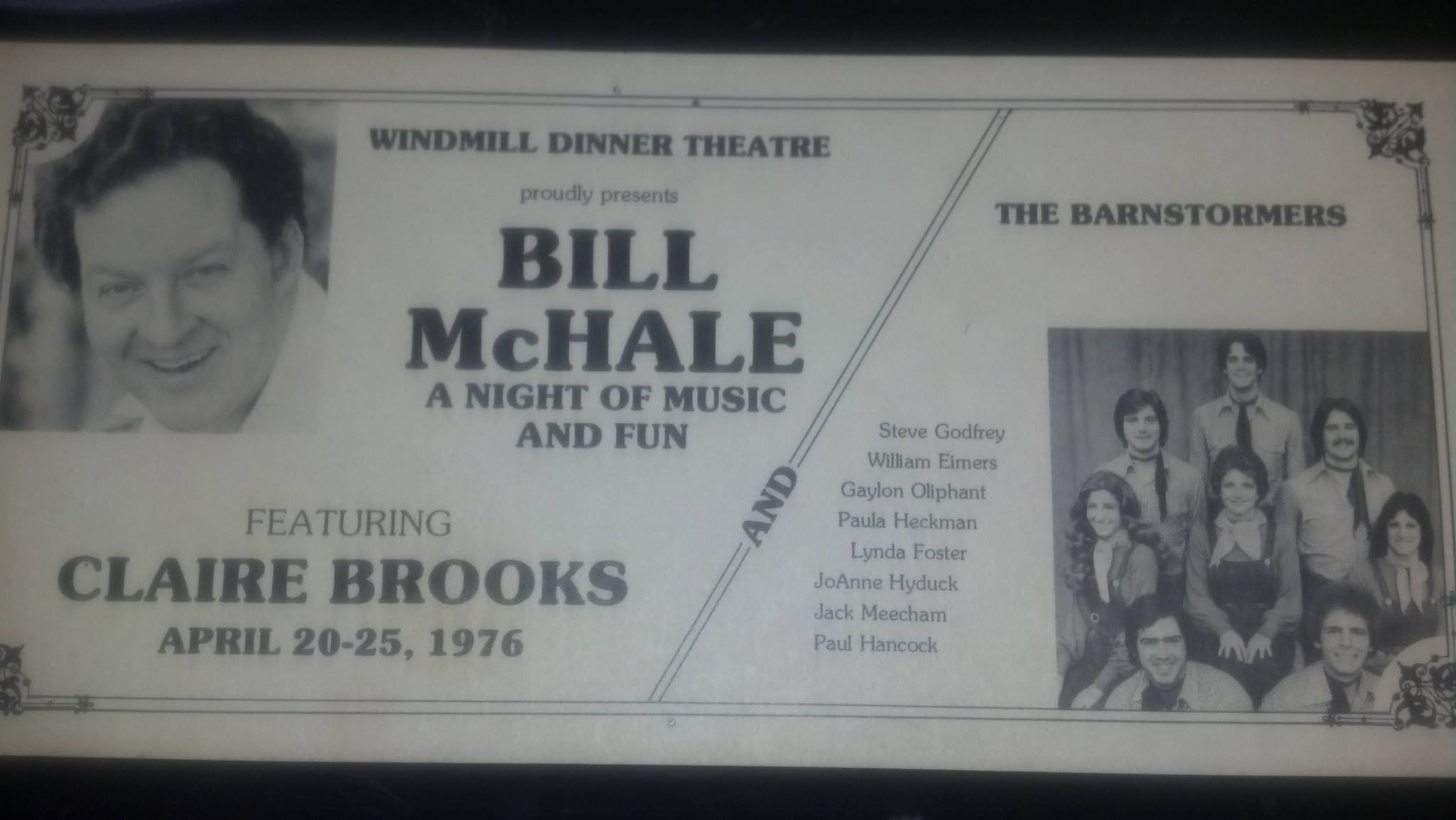 Kevin McNally: Sadly, the Windmill Dinner Theatre is infamous as the place that Bob Crane (star of TV show, Hogan’s Heros) was performing at when he was found bludgeoned in his temporary apartment room two weeks before the end of his run in the play, Beginner’s Luck. I had just been hired and we were in rehearsal to put me in show (we were the opening act), when we got the news. Weirdly, years later, I randomly worked on the theatrical release, Auto Focus, starring Greg Kinnear, in the story of Bob Crane!

Andrea Jill Gersten Higgins: I loved accompanying/musical directing at the Windmill! Barnstormers were fabulous! Fave show was Once Upon a Mattress. I was Jill Obrand (way) back then.”

Does anyone remember Bruce Lea? 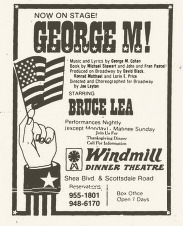 The photo says what little there is to say about this production, but Jamie Farr and Jan Sandwich were wonderful. 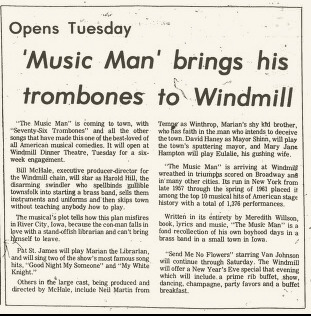 This play, out of the more than 100 done at the Windmill, will be the most remembered. TV star Bob Crane was appearing in it when he was bludgeoned to death in an apartment complex just down the street from our house. Scottsdale police are convinced they found the guilty party; they just couldn’t convict him. I was entertainment editor for the Scottsdale Progress at the time and the last person to interview Mr. Crane. Shortly after I filed the story, I left for my parents’ home in Kentucky. While there, I got a call from the Scottsdale police asking to interview me. Sad turnaround of events. The play, by the way, wasn’t much, but he was good in it.

When I was entertainment editor/critic at the Scottsdale Progress, Mike Petryini was reviewing theater for the Arizona Republic. We both enjoyed this raunchy farce at the Windmill. I remember Mike fuming over the problems he had with his editors in using the words “homosexual” and “breast” in his review. He was a brave man. I wouldn’t have dared. (You noticed how I carefully skirt around his use of “pansy.” How he got THAT past the editors I will never know!) 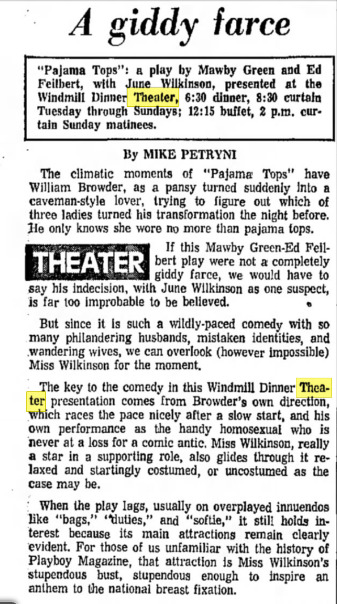