By the late ’30s, movies had taken hold of the public’s attention so firmly that a touring stage play had to advertise itself as NOT A MOTION PICTURE! The producer was also quick to point out that the cast of 100 included “50 adorable dancing girls.” A cast of 100! With Equity salaries, etc., can you imagine what that would cost today? Can you imagine any touring company taking 100 people (plus who knows how many crew members and technicians) on the road? Never happen. Note: The cast included a very young Dan Daily Jr., soon to sign a film contract with MGM (and later 20th Century Fox), add an “e” to his last name and drop the Junior. 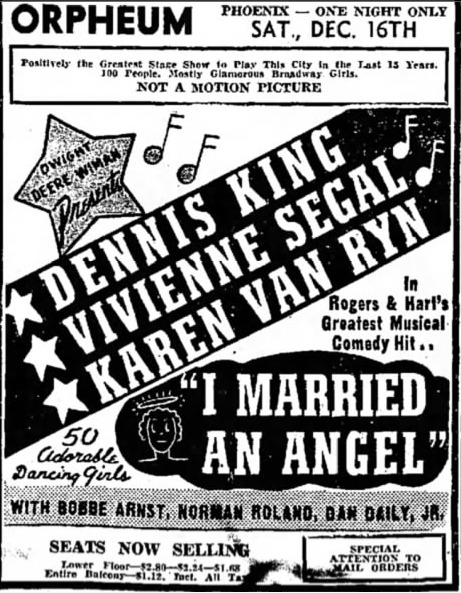 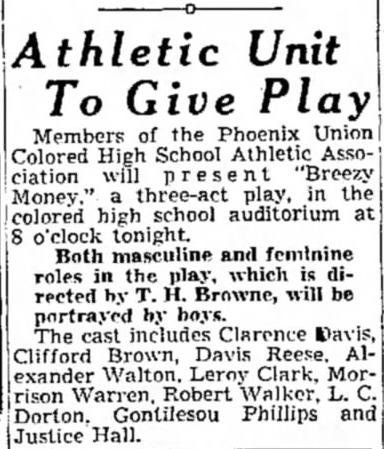 The Mummy and the Mumps

MAY 19, 1935. Wedding of a Catherine Henness, prominent Phoenix Little Theatre actress. Clipping from the Arizona Republic. 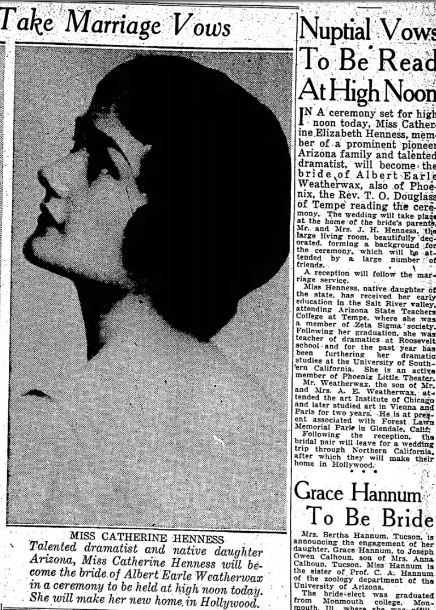