Jim Hurley was one of the great stage presences of the 1960s and later. He was the husband of actress/director Trudy Hurley. 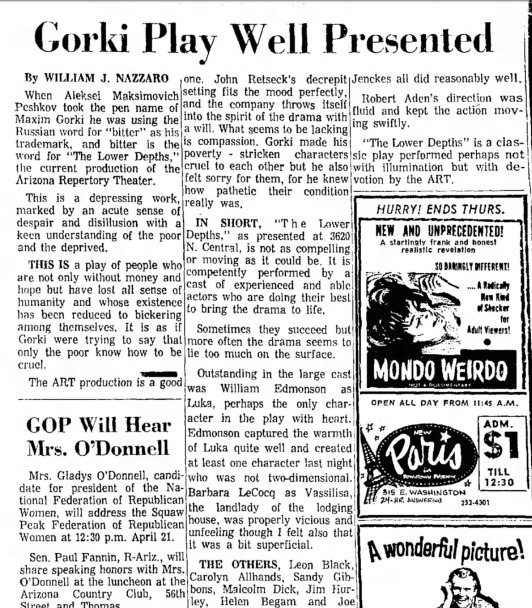